At the beginning of the  year my husband asked if I wanted to go to New Orleans for our 20th anniversary in July.  I said New Orleans in July?  Way too hot and it would be  like having no escape from the summer heat here in Florida. Besides, I told him, I am going to San Miguel De Allende for an art workshop in July…..

So, my husband asked if I was going to celebrate our anniversary without him. Ha ha, no we would celebrate as I would return in time. I just needed to do this trip.

After years of being a teaching artist, a mom of two children with the youngest in high school, I have been dreaming of doing in artist workshop in a foreign country. I wanted to visit another culture and be inspired by new colors, themes, language, etc.  Furthermore, I have been practicing my Spanish via Duolingo so I could at least attempt conversations and show some respect by trying to learn the language.

Also, I wanted to do this because of spending three years in grad school becoming an art therapist!  I graduated with my masters of art in art therapy in December of 2014 and it was grueling and my passion.  I worked at a mental health center as an intern for the year of 2014 and just needed some real artistic inspiration. 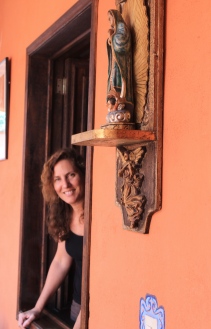 Culturally, there are a lot of Americans and Canadians who visit San Miguel De Allende. I read that twenty percent of residents are expatriates and a lot of them artists.  For me, I wanted to not only practice my Spanish but be respectful of the culture and try to converse with locals in their language.  I tried to be polite, not entitled, and tried to learn about the culture. I had some very interesting conversations with locals and really need to go back since I was barely getting started. 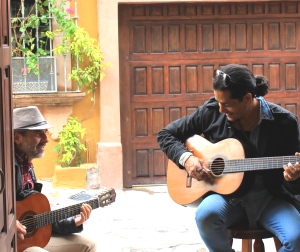